Comic Relief is an operating British charity, founded in 1985 by the comedy scriptwriter Richard Curtis and comedian Lenny Henry in response to famine in Ethiopia. The highlight of Comic Relief’s appeal is Red Nose Day, a biennial telethon held in March.Comic Relief was launched live on Noel Edmonds’ Late, Late Breakfast Show on BBC1, on Christmas Day 1985 from a refugee camp in Sudan.In 2015 Rope Access Contractors were asked if we would like to join the PG tips comic relief team in assisting with a challenge to climb the Shard with the PG tips ‘monkey’, RAC considered the invitation as a privilege to be involved supporting Comic Relief and agreed to take on the challenge.

The filming was completed during the winter months of January and February and was hampered by snow, rain and extreme winds resulting in the filming being aborted on a number of occasions for safety reasons.

A break in the weather allowed the filming on location 1000ft at the top of the Shard to be completed ready for the editing suite in preparation for Comic Relief in March. 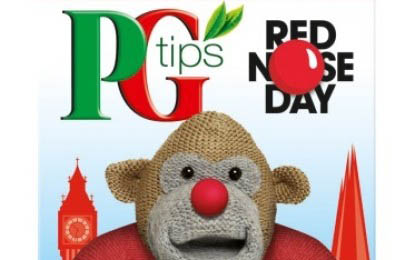 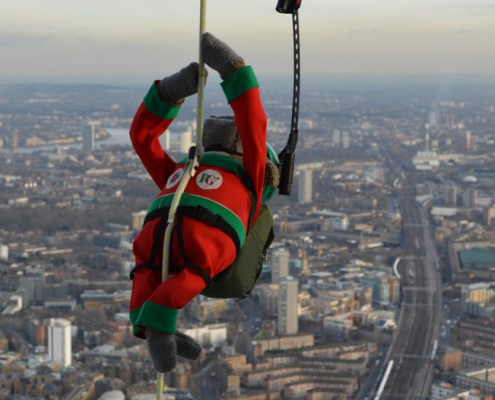 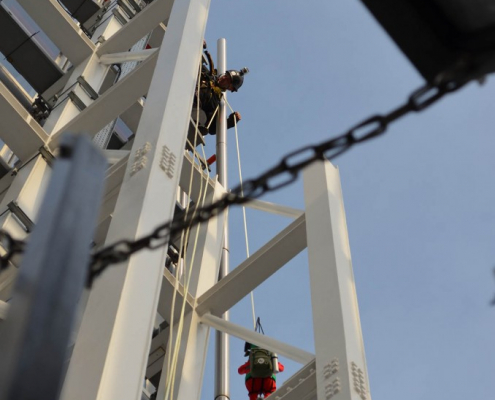 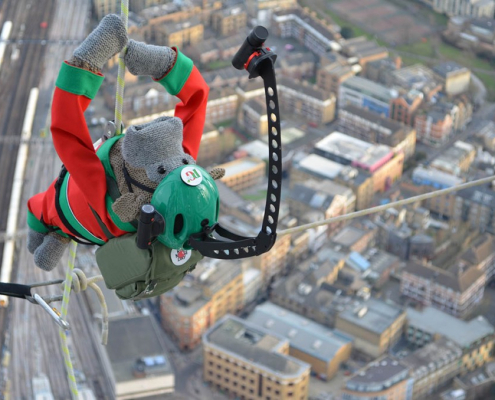 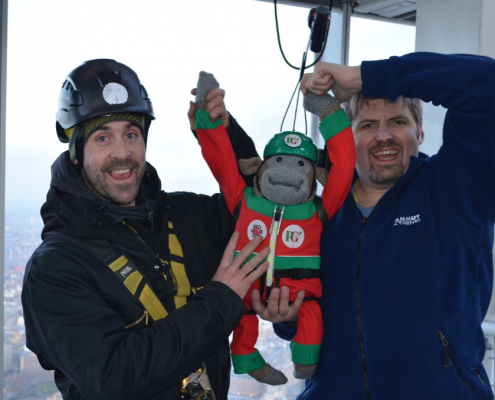 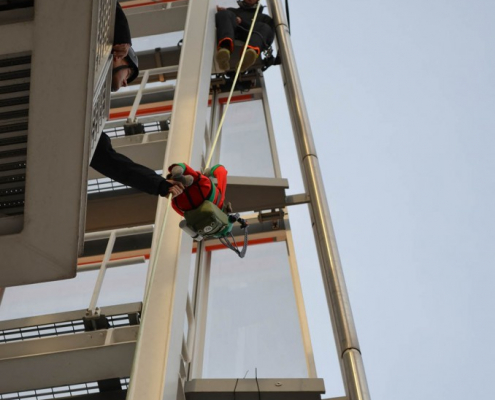 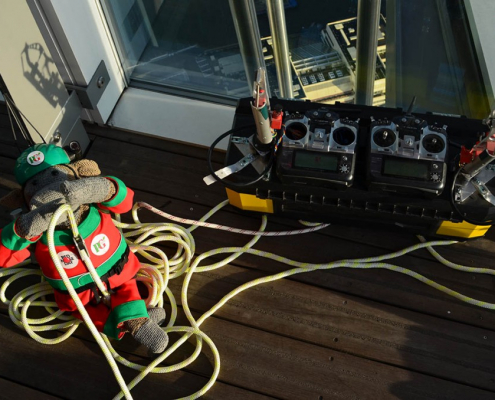